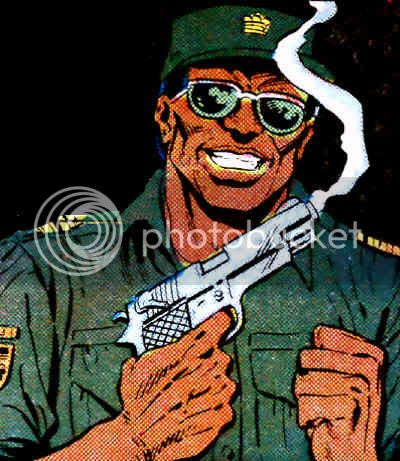 Hopelessly lost in the jungle, it would be years before Commander Steel's body was discovered by one of General Maksai's patrols. Converting Steel's bulletproof garb for his own use and combining it with the Tantu Totem, General Maksai became an unstoppable force in Africa, claiming one country after another under his rule.

Unhappy with your ending? Then start over!
Posted by Diabolu Frank at 12:58 AM