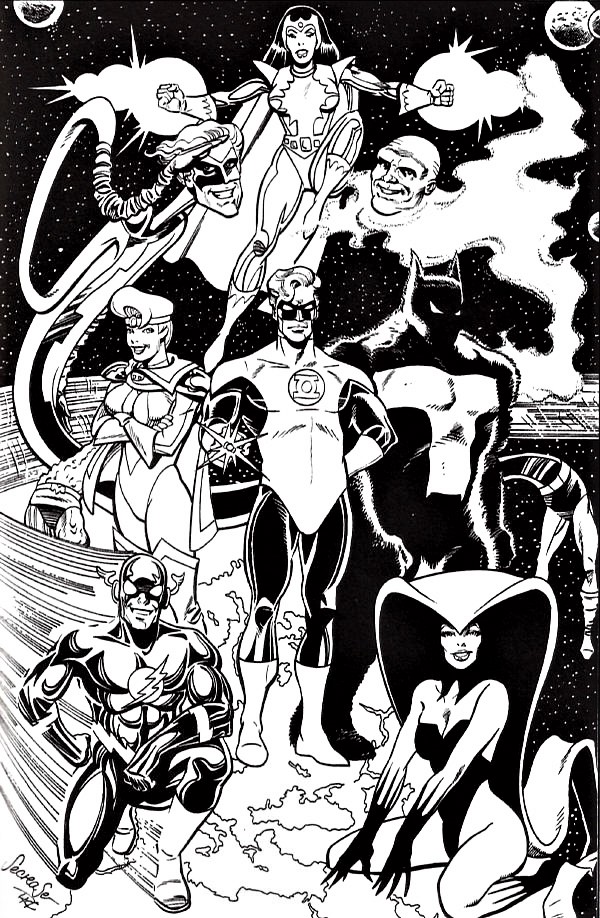 Hey look at that super-team with Elongated Man on it! Why, there's Green Lantern Hal Jordan and the Wally West Flash and Power Girl and... Metamorpho and... that Asian lady who was a heroic Dr. Light before DC decided it didn't have enough sodomy in its comics and... really? Tasmanian Devil? At least it's not... oh. Crimson Fox is here. She was on that TV show about the insurance agency that didn't even finish its first season. Sigh. Look, I already featured Gypsy & Martian Manhunter on my main blog, plus I linked out to pieces featuring Aquaman and Batman, so this one just kind of helps me complete the set, y'know? It's a little seen promo piece by... hmm... people? Credits were hard to come by. Sorry. 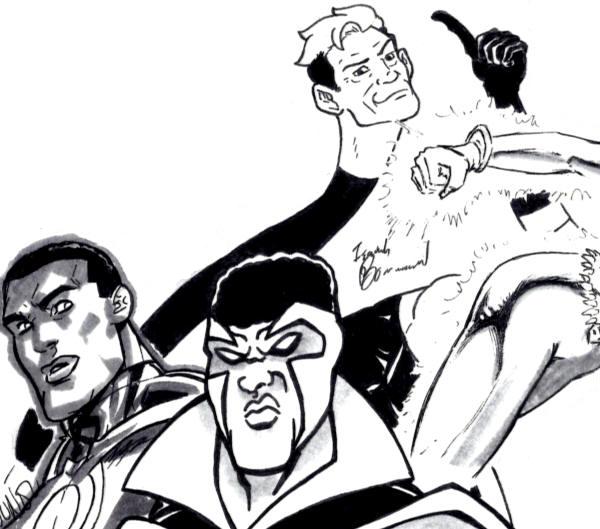