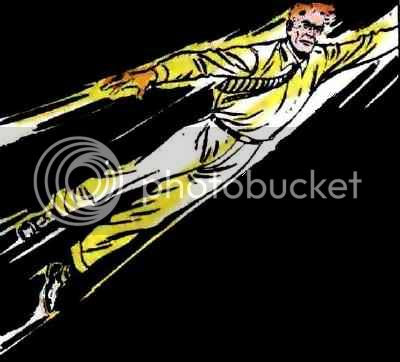 Even with his inhuman speed, it took John Jones some time to fly from Colorado to Africa-- too much time. Jones managed to dismantle the local base of the Lizard-Men near an airfield, but not before the reptiles had downed a plane carrying the now deceased Heywood, the Reverend Ricard Jiwe, and his very pregnant bride. Back in Detroit, Jones learned that physicist Ray Palmer and other innocents had been killed in the assault on the Heywood Defense Industries plant. How many more would die before the threat of the Lizard-Men was finally routed?

Unhappy with your ending? Then start over!
Posted by Diabolu Frank at 12:10 AM