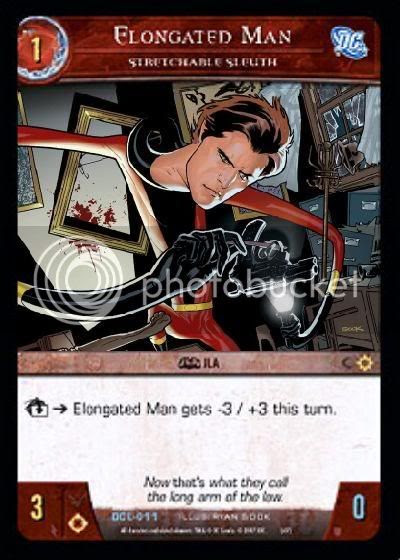 The last collectible card game I played was Overpower in the '90s, the shortest bus of the genre, so I can't tell you much about this modern, new fangled, complicated thingamajig. According to a few resources I dug up on the intarnets, the card works like this:

Now that's what they call the long arm of the law.

The card is common, and can be purchased for less than a buck. It was lovingly rendered by Ryan Sook, who includes several version of the piece on his site, including preliminary, uncolored, and finished versions.
Posted by Diabolu Frank at 9:30 PM