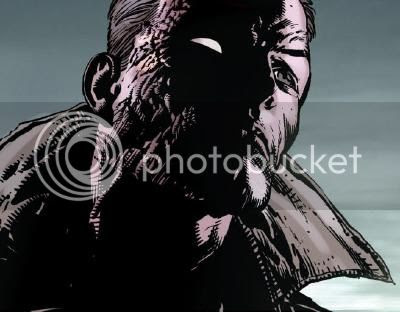 Five years ago in London, Professor Ivo met with a mysterious figure to discuss all the "super-heroes;" the Justice League, Green Arrow, Zatanna, Hawkman; that were turning up with increasing routine. "Well, then. I guess they'll call us super-villains..."

In the present, Amanda Waller feared the Justice League itself, especially the implications of a burgeoning romance between Superman and Wonder Woman. Her antidote was a government controlled super-team designed to be capable of taking down the individual members of the six member League. She believed Wonder Woman could be checked by Katana, Batman by Green Arrow, Aquaman by Hawkman and Cyborg by Stargirl. The new Green Lantern Simon Baz could be maneuvered into seemingly canceling out Hal Jordan. Waller needed a veteran to guide the team, and former Justice League liaison (and ex-Wonder Woman boyfriend) Colonel Steve Trevor was the obvious choice, and held some strong opinions of his own. Trevor argued against Green Arrow's inclusion, suggesting that Catwoman would better confound the Dark Knight. He also had strong reservations regarding Waller's measure against the Man of Steel, the Martian Manhunter, and her plan to bring in an untried neophyte to manage the Flash, Detroit's own Vibe... 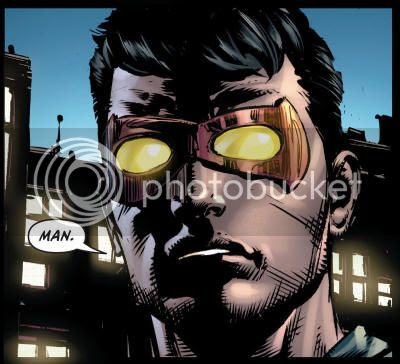 Again, five years in the past, during the Apokolipsian incursion on Earth, Cisco Ramon was caught in the event horizon of a Boom Tube. One of Cisco's brothers died freeing him from its wake, and Ramon was left "out of sync with the rest of the world." He could not be accurately photographed, and now eighteen, Vibe used his vibratory powers to defend his Detroit neighborhood from petty crime. A surviving brother, Dante, questioned the disconnect of a small-timer like Vibe being picked out from the hundreds of other people to have developed super powers. "Maybe they see potential in you that you and I don't see." What Waller saw was his potential as a "living epicenter of vibrational frequencies" to detect trespasses from other dimensions or "sever the ties that people might have to dimensional power." Steve worried that the inexperienced kid might die before fulfilling any such promise...

"World's Most Dangerous, Chapter One" was by Geoff Johns & David Finch. I dug the reversion of Ivo back to a petrified man from that swollen thug seen the last time they decided to name a book Justice League of America. I've always thought that the Secret Society of Super-Villains was a great concept, so I'm happy DC is finally embracing it (without turning it into the Legion of Doom or Injustice Gang, which should be as different as the Avengers, Defenders, and the Champions before everyone became an Avenger.) The twisted takes on some of the team members show potential, and Dave Finch's art is a hell of a lot easier on the eyes and storytelling sensibilities than Jim Lee's.