How weird is it that barely six weeks after finally publishing fan animated videos I made for The Vixen and Martian Manhunter that I'd been sitting on for six months, a legitimate DC Nation Vibe cartoon is coming out. It'll probably only be a minute or so long, and the preview spans 48 seconds, but it's still pretty chill, 'yo. Of course, there's one bit of weirdness that tops it all... 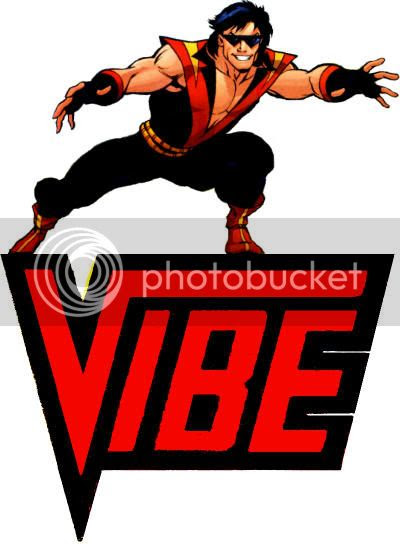 ...the undeniable similarity between the Vibe credit sequence and our own Índice de Vibe art design, also used in a black background version for the site's banner during the April Fool's gag Vibe's Beat Street Blog...

i love this comic. funny as hell

Yeah, my girlfriend said the same thing. If not for her, it wouldn't even be decent Mexican Spanish, which isn't Puerto Rican, but is at least more festive than my redneck English...

The single greatest thing to happen to animation EVER!