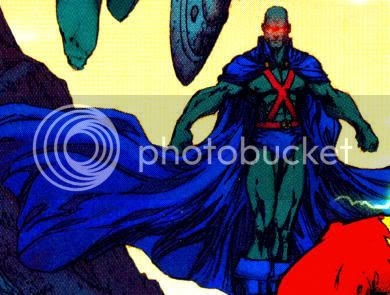 Veteran members of the Justice League of America had secrets the Wally West Flash and Green Lantern Kyle Rayner wanted revealed. In the early years of the League, teams of super-villains had a dangerous habit of learning the heroes' true identities, but nothing ever seemed to come of it. The pair of legacy heroes learned this was because, once the World's Finest duo left the scene, the other Leaguers would wipe the memories of their foes to protect themselves. This practice reached critical mass when Dr. Light managed to board the Justice League satellite at a time when only Sue Dibney was present. He proceeded to rape her, until he felt the combined wrath of the Barry Allen Flash, Batman, Hawkman, Zatanna, Green Arrow, Black Canary, Green Lantern Hal Jordan, the Atom, and her husband, the Elongated Man.

The heroes decided they'd had enough, and as Light projected a holographic representation of his recent transgression, they voted on whether to not only wipe his memory, but alter his personality. The deciding vote was cast by Barry Allen, and through Zatanna's magic Dr. Light was reduced from a nefarious arch-foe to a blundering idiot coward easily managed by the Teen Titans. However, Batman was not a party to this decision, and discovered his fellows' intentions midway through the process. The Caped Crusader immediately moved to stop his friends, but he was subdued and mindwiped himself. This final betrayal of the heroic ideal created a fault line within the group, and retroactively explained the infighting of this era's League, which led to its dissolution in the mid 80's. While Kyle Rayner seemed fairly accepting, these revelations and more regarding his beloved mentor sparked a whole new crisis of conscience in Wally West, who was forced to question his own decisions about keeping secrets and facing a now shady history. This included another confrontation with Dr. Light, which caused his memory to be restored, and the League's conspiracy to be illuminated upon the super-villain grapevine.

Meanwhile, the death toll mounted. Vixen shed tears as she watched Firestorm meltdown after receiving a mortal wound. The current Robin's father, Jack Drake, and the Flash villain Captain Boomerang were killed by one another in a confrontation. The Atom's ex-wife Jean Loring was nearly hung, and Lois Lane received a death threat.

Despite repeated assertions by Green Arrow that other Leaguers, specifically Superman, knew only as much as they were willing to acknowledge about what was happening, J'Onn J'Onzz was left utterly blameless for their crimes. Best-selling novelist Brad Meltzer is an unabashed fan of the 70's "Satellite Era" League, one which despite retroactive continuity, J'Onn J'Onzz had no part. I'm thankful for this, as his participation in these psychic rapes would have turned him into an unforgivable hypocrite after his many assertions of respect for the privacy and integrity of other beings' minds. On the other hand though, J'Onn's unwillingness to molest the thoughts of others once again allowed him to be blindsided by the revelation of treachery in his midst, leaving him ineffectual in averting tragedy.
Posted by Diabolu Frank at 10:21 PM