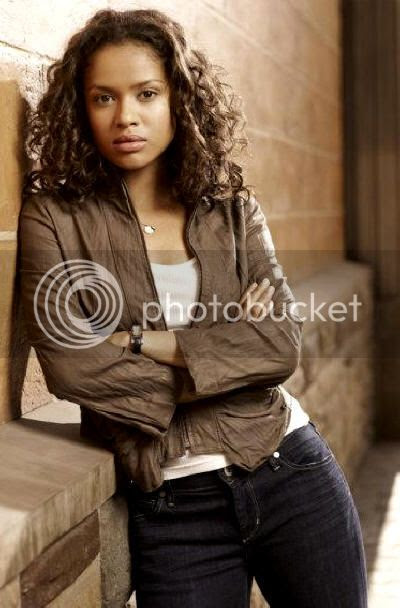 I was rolling out a cast for a hypothetical Justice League Detroit movie at a reasonable pace until I ran into a wall with the Vixen. Mari Jiwe McCabe is a damned tough part to cast, and all of the obvious choices (Angela Bassett, Gina Torres, Halle Berry, Thandie Newton) are too old for the part. Ideally, you want someone exotically beautiful and physically fit with sufficient poise and presence who is also willing to wear a skintight outfit and act like a jungle cat while performing gymnastics/martial arts moves. I spent countless hours going through demo reels to pick the perfect actress for the part, but never quite found her.

Zoe Saldana is an obvious option, but frankly too much so, with entirely too many geek franchise credits and too little true feel for the role. Rose Rollins is a safe, boring heroine possibility, and she's pushing the upper end of the appropriate age range. I waited until Battleship to see if Rihanna could act, but she can't. I really like Angell Conwell's look and attitude, but she's too broad and American. Tika Sumpter looks good, but every video I can find of her shows a very stiff actress, physically and functionally. Yaya DaCosta was a possibility, but she just hasn't done any action worth mentioning. Having ruled out all other options, I was left with Gugu Mbatha-Raw, a beautiful English actress who can do accents, has a background in genre fare, looks good in tight leather and has done some kung-fu in Undercovers. She'll do in a pinch, right?

Posted by Diabolu Frank at 1:30 AM