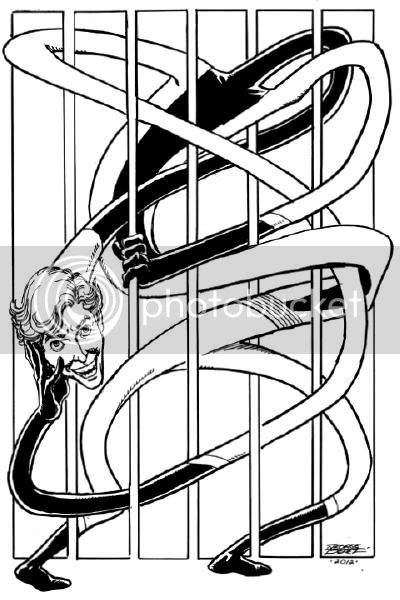 Aric Shapiro is a comic art collector with the good taste to pursue a series of Justice League of America member spotlight commissions in their full Satellite Era glory by George Pérez...

"Ralph Dibny, how I've missed you!! Ralph is a character that George drew so well; I can look at this drawing and wax nostallgic about a character long since gone. Another Perez masterpiece."

There's a whole slew of Detroit favorites in Shapiro's gallery, which I'm sure I'll revisit for this blog at a later time. I chose to feature the Elongated Man piece because Ralph doesn't get enough love here, and Dibny is one of the heroes most classically "on model" of the set, though it bears noting that the Stretchable Sleuth was never model pretty to begin with.

Posted by Diabolu Frank at 9:53 AM