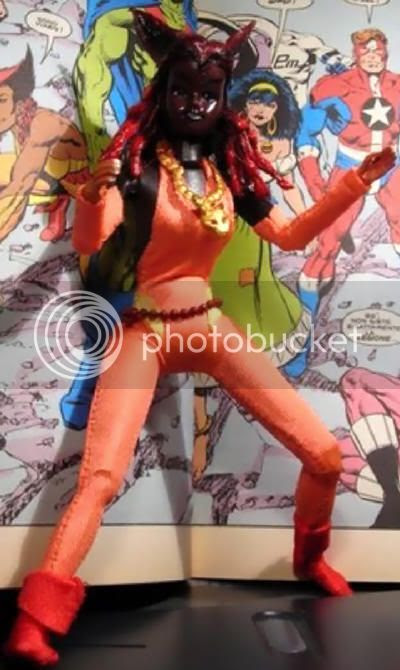 Probably the first major line of super-hero action figures were produced by Mego in the 1970s and early '80s. Iconic DC heroes like Superman, Batman, Wonder Woman and Aquaman were released in various forms by the company, and even shared space with Marvel Comics' top heroes and the stars of hit TV series/movies. 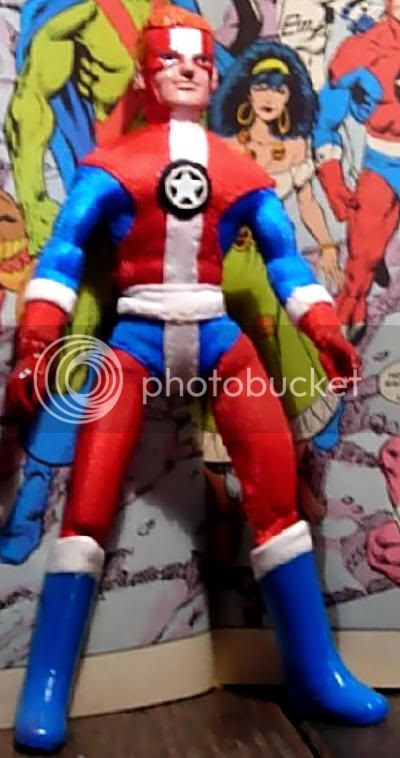 The Lady Fox and the Indestructible Man existed while the Mego Corporation was still making action figures, but they were much too obscure to rate toys of their own. The Detroit Era Justice League of America was just coming together when Mego was falling apart, and the busy late Bronze Age designs referenced here really stand apart from the more simple union suits of the "name" heroes Mego manufactured. Still, I get a kick out of this mingling of styles, and Hank turned out especially nice. More Mego Customs